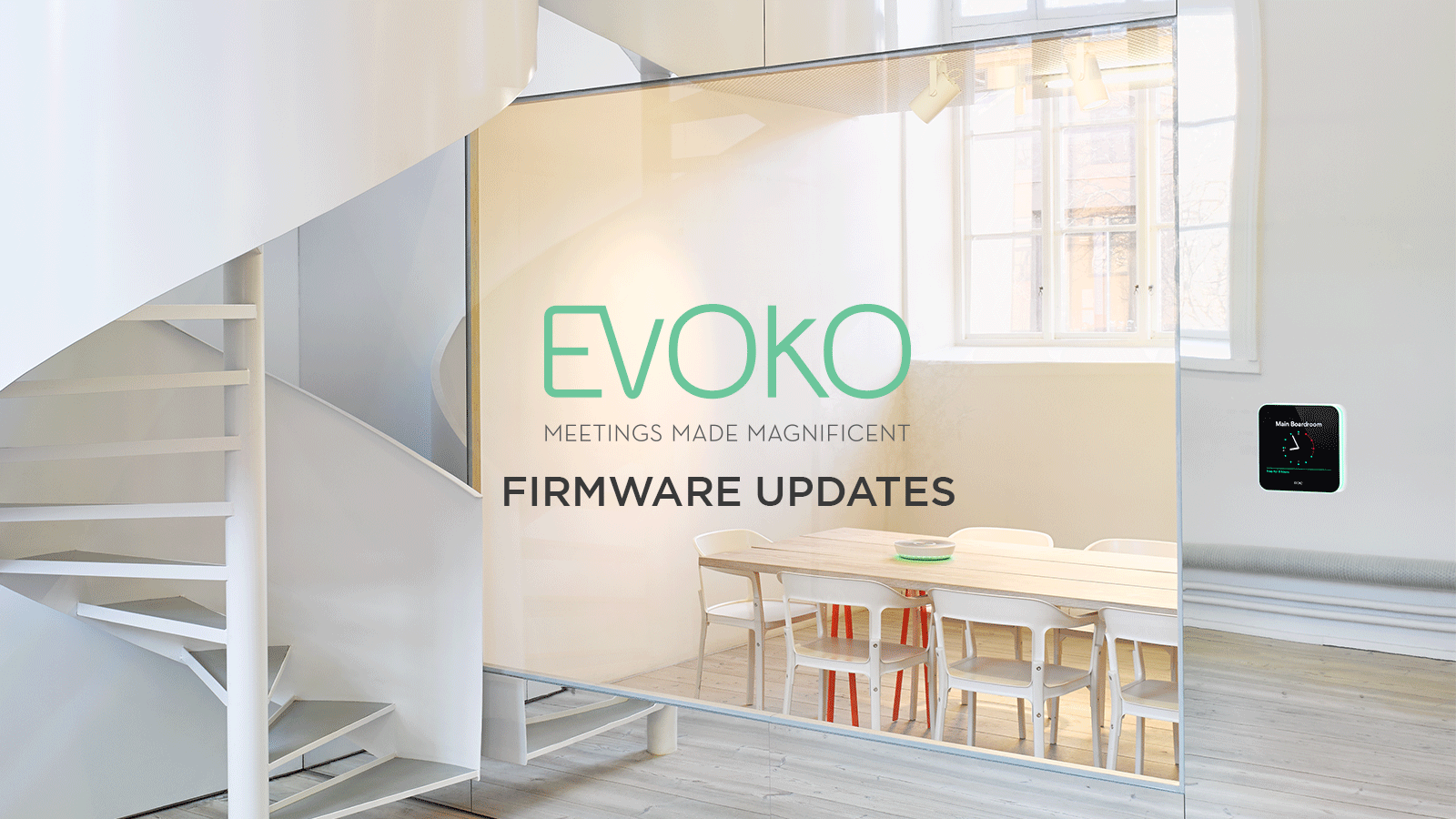 The latest version of the firmware can also be downloaded by visiting the Evoko Liso product page.

Please read the latest release notes before updating. If you have any questions the A+K support team can be reached on 01638 510900 or emailing support@anders-kern.co.uk

The latest release notes can also be found directly on the Evoko support website at the following url.

Evoko Home will support Exchange 2010 SP3 until its Extended Support End Date, which is October 13, 2020. The next version released after this date will not support any version of Microsoft Exchange 2010.  Read more.

Important! Evoko Home v2.4 requires MongoDB 3.4. If you are using MongoDB 3.2 or are unsure, please see this guide or  contact our support team and we will help.